Forty-three people have been sentenced to life in prison after a mass trial in Egypt that also saw years-long sentences given to hundreds of others.

Almost 500 people were charged with crimes over the violence which erupted following the removal of President Mohammed Morsi in 2013.

Three hundred of those on trial received sentences ranging from five to 15 years.

Mr Halawa was aged 17 when he was arrested and says he was tortured during his more than four-year imprisonment.

A US citizen, Ahmed Etiwy, was among those sentenced to five years in prison.

The defendants faced a range of charges, including killing 44 people, breaking into a mosque, and possessing firearms, following rallies in support of the ousted Mr Morsi in August 2013.

Hundreds of protesters and dozens of security personnel died when security forces broke up pro-Morsi gatherings.

In the months that followed, there was a crackdown on the former president’s supporters, and on the Muslim Brotherhood group to which he belongs, which Egypt later declared a “terrorist organisation”.

Thousands of people have been arrested since.

In the latest mass trial, all defendants had faced a possible death penalty, but instead:

It remains unclear exactly what sentences the others received.

It claimed that out of 330 defendants who had been imprisoned for more than four years, there was only evidence against two of them. 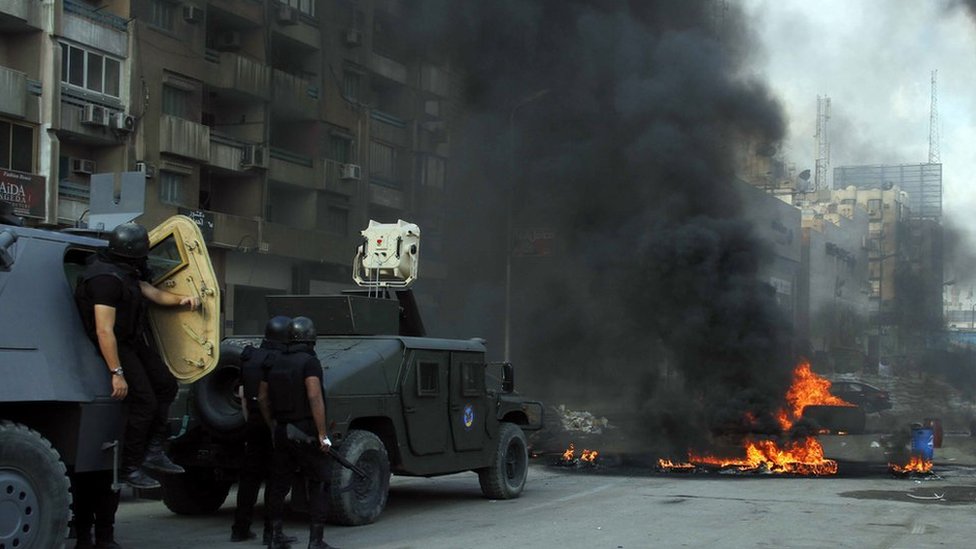 Kurds to vote on independence despite warnings ...