Holders TP Mazembe of the Democratic Republic of Congo won the first leg of their Confederation Cup quarter-final against Al Hilal Obeid 2-1 in Sudan on Saturday.

Ben Malango struck twice for the defending champions to give them the advantage heading into their home leg next weekend.

Mazembe suffered an early blow after defender Kevin Mondeko scored an own-goal to give the hosts a 23rd minute lead.

Malongo equalised for Mazembe just seven minutes later, with his winner coming from the penalty spot in the 83rd minute.

In other quarter-final first leg matches, Karim Benarif hit a 19th minute penalty to give Morocco’s FUS Rabat a slender 1-0 win in their home leg against Tunisians CS Sfaxien.

Algerian side Mouloudia Alger also won their home leg 1-0 on Saturday night against another Tunisian side, Club Africain.

Hichem Nekkache scored the only goal after nine minutes.

On Friday, South Africa’s Supersport United were held to a 0-0 draw at home by Zambia’s Zesco United. 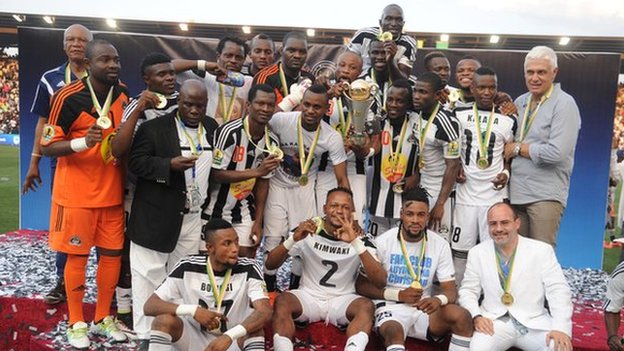