The BBC World Service has launched three websites for Ethiopia and neighbouring Eritrea as part of its biggest expansion since the 1940s.

The sites would be a “source of truth” in a region with limited independent media, said BBC editor Will Ross.

The Amharic, Afaan Oromo and Tigrinya sites’ launch will be followed in a few months by the launch of radio programmes in the three languages.

The UK government announced a funding boost for the World Service in 2015.

It paved the way for the expansion drive in Africa and Asia.

“We know that there is a great deal of hunger for audiences in Ethiopia and Eritrea to access a broad range of high quality content in Amharic, Afaan Oromo and Tigrinya,” said Ross, head of the new services.

Eritrea won independence from Ethiopia in 1993 after a 30-year war.

Tensions with Ethiopia remain high across a closed and heavily fortified border.

Ross said he believed that the potential audience in the two countries – which have a combined population of more than 100 million – was huge, and social media would play a key role in helping to target a younger audience.

“There is also a significant diaspora, which retains strong links with ‘home’. The political situation in both countries has triggered the development of a large vocal, activist presence in the diaspora,” he said.

“The current news choice for many in Ethiopia is either a pro-government platform at home or a vehemently anti-government offer from the diaspora.”

The new Facebook pages in the three languages have already generated a lot of interest. The Afaan Oromo site had more than 30,000 likes after just three days.

However, internet penetration is currently very low in both states, and the planned launch of radio programmes would be a vital part of the BBC’s “rich mix of content” for Ethiopians and Eritreans, Ross said.

“A major aim of the output will be to help Ethiopians and Eritreans better understand their place in the world. The new language services will also provide the BBC’s global audience with a far better perspective and understanding of the Horn of Africa,” he added. 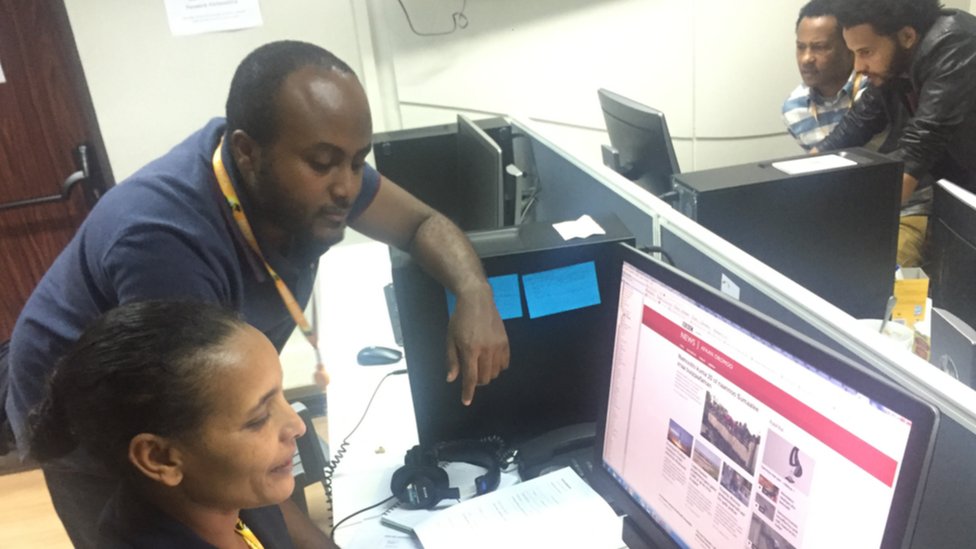