World champions New Zealand ran in eight tries as they thumped South Africa 57-0 in Auckland, their biggest winning margin against the Springboks.

Victory extended their lead in the four-team Rugby Championship to eight points with two matches remaining.

Rieko Ioane, Nehe Milner-Skudder, Scott Barrett and Brodie Retallick all went over for tries in the first half.

Tu’ungafasi’s try was his first in a Test match.

This was the second successive match in which the All Blacks have scored more than 50 points against the Springboks, with their 57-15 win in Durban last year their previous biggest victory against them.

Despite the one-sided nature of the scoreline, the visitors – unbeaten in their six previous Tests this year – created several opportunities but were met by a resilient All Blacks defence.

New Zealand will secure the trophy for a 15th time with victory over Argentina in Buenos Aires in a fortnight. 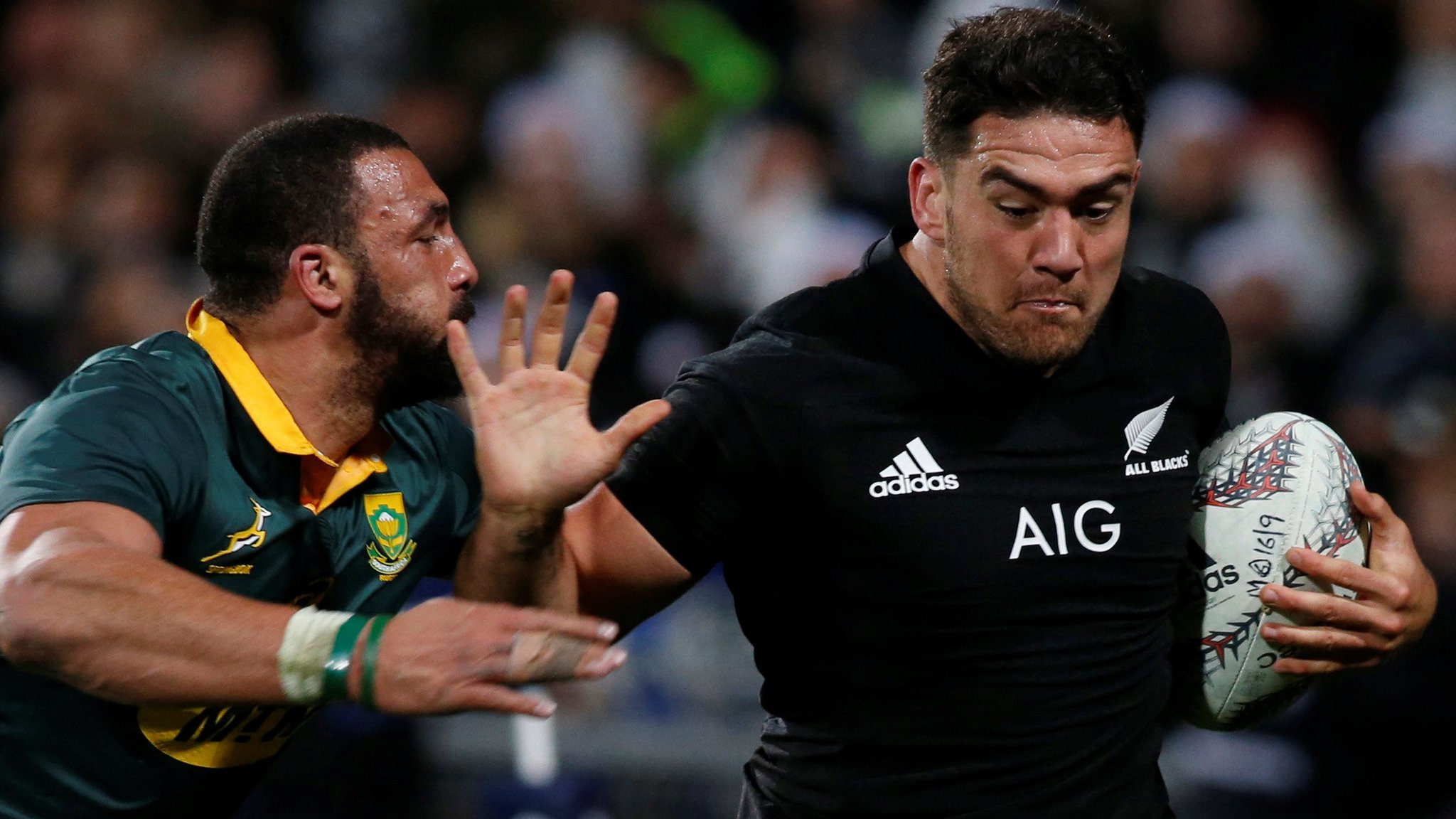