Holders Sundowns struck down by injuries ahead of quarter-final

African champions Mamelodi Sundowns are without three significant attacking options as they prepare to host Wydad Casablanca in the quarter-final of the African Champions League on Sunday.

Khama Billiat, Yannick Zakri and the mercurial Liberian international Anthony Laffor will all be absent for the South African side.

It is a major blow to Sundowns’ hopes of establishing a decent lead from Sunday’s first leg in Atteridgeville to take to the return game in Morocco next week.

Billiat, who was runner-up last year in the Confederation of African Football’s award for the best African-based footballer, is still struggling with a hip flexor injury while Ivorian import Zakri has been battling with a groin strain.

Laffor hurt his ankle on Monday when Sundowns beat Free State Stars away in South Africa’s Premier Soccer League to register a second win in their first three games at the start of the new season.

The trio of injured strikers have been important regulars for Sundowns over the last year with Laffor the inspiration for the Pretoria-based clubs at key moments in both the semi-final and final of last year’s Champions League.

Sundowns’ midfield engine room will be without South African international Tiyani Mabunda, who also has a groin injury, while back-up goalkeeper Kennedy Mweene suffered a hamstring injury on international duty for Zambia.

“The worst result you can think for us this weekend is that if we don’t score, they must not score. If it’s a draw, it must not be a draw with goals. You get punished when people score against you at home,” coach Pitso Mosimane told a press conference in the build-up to Sunday’s first leg

“It will be a difficult game because we are lacking strikers. It’s a problem, but we should not complain. We will have 11 players on the pitch and we will have substitutes.”

Wydad host the return match in Casablanca on Saturday, September 23.

The quarter-final line-up is dominated by North African teams with six of the eight clubs from the region.

Libya’s Al Ahly Tripoli take on Etoile du Sahel of Tunisia in the other first-leg fixture on Sunday.

Elsewhere, Ferroviario da Beira will look to continue their historic run in the competition after they became the first club from Mozambique to qualify from the group phase. They are at home to Algeria’s USM Alger. 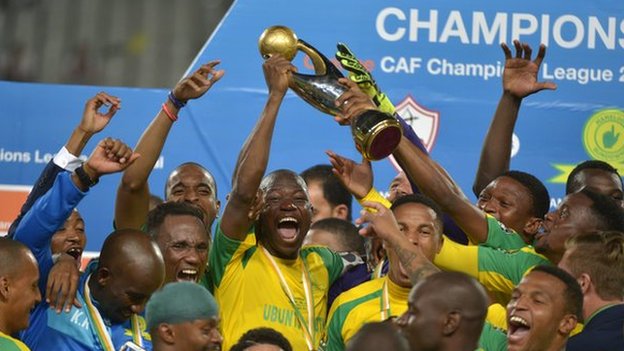