Security forces in the Democratic Republic of Congo have shot dead 37 Burundian migrants who were protesting after four of their countrymen were expelled, the UN says.

Its peacekeeping mission Monusco said another 117 were injured during the incident in the east of the country.

Government sources said protesters overran a prison where the Burundians were being held for deportation.

The UN has called for an investigation into exactly what happened.

Monusco’s Florence Marchal said her team was “shocked” by the killings.

The Burundian protesters, she said, “were not happy because four of them have been expelled from Congo. A [Congolese soldier] was killed in the clash, and it led to the escalation of violence.

“Congolese defence and security forces then allegedly responded with indiscriminate firing on the protesters.”

The Congolese interior ministry earlier said troops had fired in the air but were overwhelmed by protesters throwing stones.

More than 400,000 people have fled Burundi since 2015, when President Pierre Nkurunziza announced he would seek a third term, sparking widespread violence. 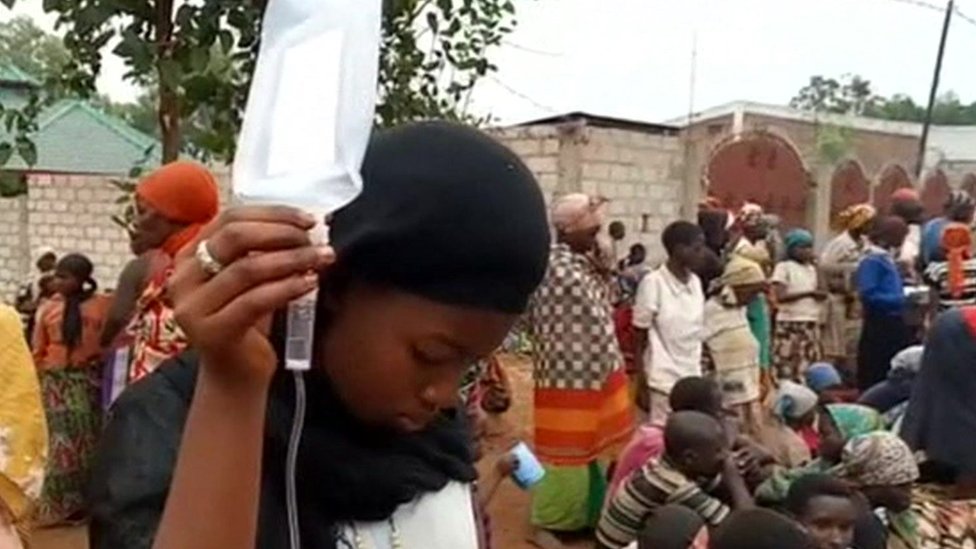