Cape Verde international Julio Tavares has signed a new three-year contract at French Ligue 1 side Dijon, keeping him at the club until 2021.

The 28-year-old has made 173 appearances – scoring 55 goals – since arriving from rivals Bourg-Péronnas in July 2012, and he helped Dijon finish 16th last season to retain their top flight status.

Tavares had nine months left on his previous deal, but Dijon president Olivier Delcourt is delighted to extend his stay.

“This contract extension rewards a player who has always had an irreproachable state of mind and a real attachment for his club,” Delcourt said.

“Like Dijon, he has always managed to successfully cross the ladder to Ligue 1. An example for all, which embodies the values of the club.”

Capped 20 times by his country, Tavares has scored twice and represented Cape Verde at the 2013 and 2015 Africa Cup of Nations tournaments.

He started both games as the Blue Sharks recorded two victories over South Africa in 2018 World Cup qualifying last month – a feat that has seen them move from 114 to 67 globally and 13th in Africa.

Cape Verde, currently on six points and second behind Group D leaders Burkina Faso on goal-difference, are still in contention for a place at the World Cup finals in Russia next year. 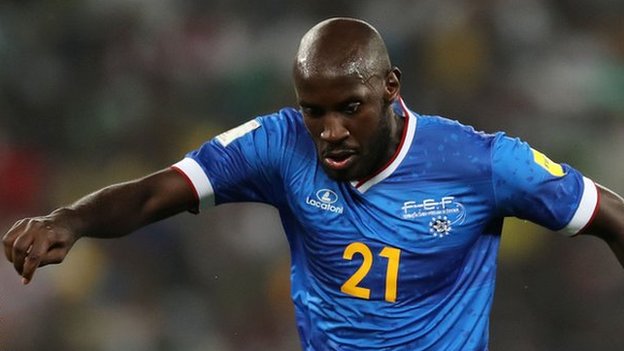 Holders Sundowns struck down by injuries ahead ...