Tunisia has overturned a law that banned women from marrying non-Muslims.

A spokeswoman for President Beji Caid Essebsi made the announcement and congratulated women on gaining “the freedom to choose one’s spouse”.

Until now, a non-Muslim man who wished to marry a Tunisian woman had to convert to Islam and submit a certificate of his conversion as proof.

Tunisia is viewed as one of the most progressive Arab countries in terms of women’s rights.

The new law comes after President Essebsi pushed for the lifting of the marriage restriction law that was in place in 1973.

He argued that it violated Tunisia’s constitution which was adopted in 2014 in the wake of the Arab Spring revolution.

Human rights groups in Tunisia had also campaigned for the law’s abolition, saying it undermined the fundamental right to choose a spouse.

The order comes into force immediately and couples are free to register their marriages at government offices.

Despite the change, women in Tunisia still face discrimination particularly in matters of inheritance. 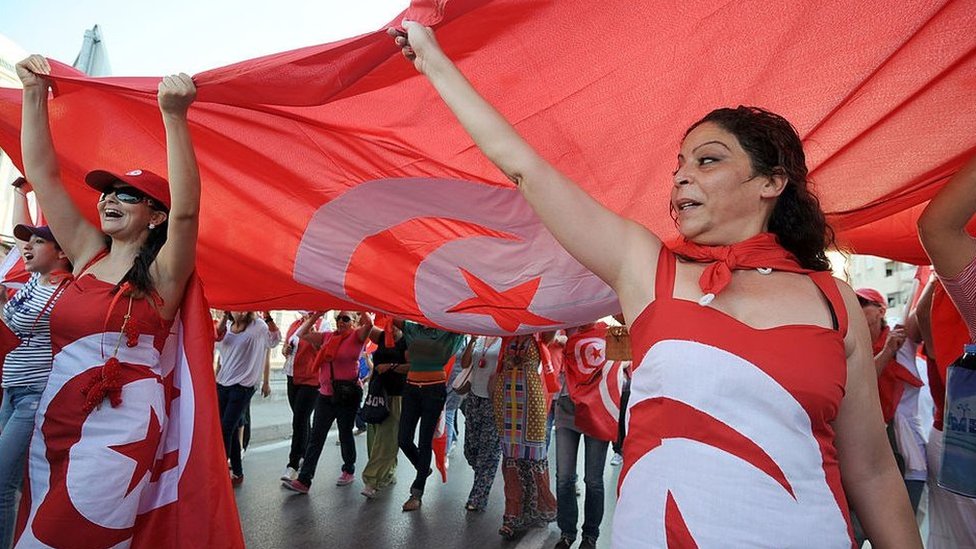