Accountancy firm KPMG has removed the leadership team of its South African arm after an internal investigation into work it did for the Gupta family.

No evidence of corruption or illegal action by staff was found, KPMG said.

However, the firm said the work done for the Gupta family businesses “fell short of our standards”.

The new chief executive of KPMG’s South African arm, Nhlamu Dlomu, said: “This has been a painful period and the firm has fallen short of the standards we set for ourselves and that the public rightly expects from us.”

She said: “I want to apologise to the public, our people and clients for the failings that have been identified by the investigation.”

The accountancy and audit firm will also donate the 40m rand (£2.2m) it earned in fees from Gupta-controlled firms to charity and refund 23m rand it earned compiling a controversial report for the South African tax agency.

KPMG is the third major firm to become embroiled in controversy from dealing with the Gupta family’s group of businesses, after London-based public relations firm Bell Pottinger fell into administration this week. Bell Pottinger’s downfall followed a damning report into its work for the Guptas which led to other companies deserting it.

Pressure is also mounting on US consultancy McKinsey over its dealings with the Gupta family businesses.

Brothers Ajay, Atul and Rajesh Gupta have interests in computer, mining, media, travel, energy and technology and employ around 10,000 people through their company Sahara Group.

The Guptas have been accused in the past of wielding influence in South African politics under President Jacob Zuma’s administration.

Both President Zuma and the Guptas deny wrongdoing, and say they are victims of a “politically motivated witch-hunt”. 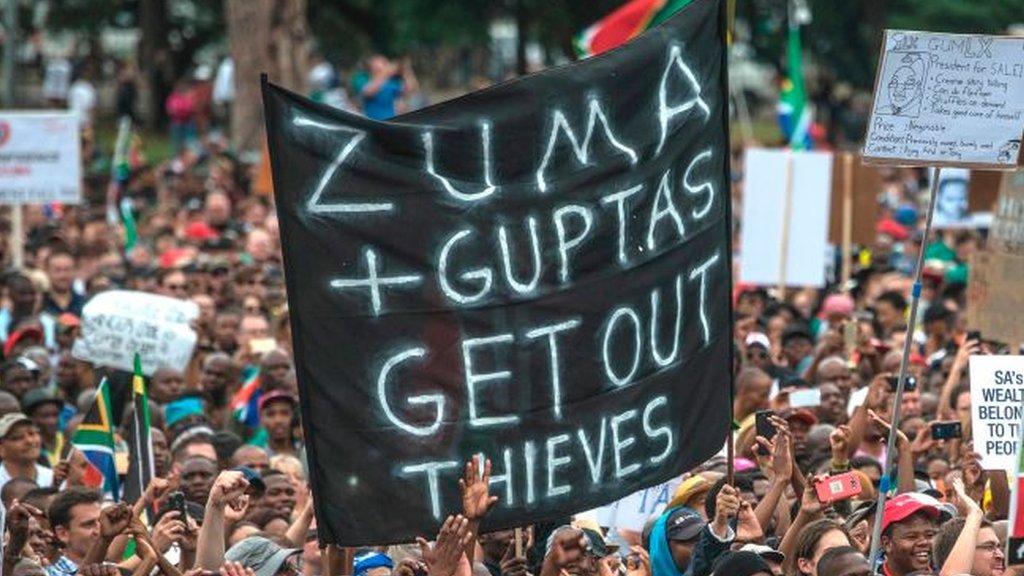