“Miriam” grew up in Sierra Leone and didn’t go to school. As an adult, she struggled to read and write. When she was arrested for loitering, she misunderstood the offence and found herself in prison – but it was there that she had her first experience of the classroom. With some help, she has written the story of how she learned to read.

“How do you plead? Guilty or not guilty?”

“What? I don’t understand.”

“Are you guilty? Please answer.”

Over a year later, I was released from the Freetown Female Correctional Centre in Sierra Leone. Why was I there? Because I had no idea what the word guilty meant and there was nobody to translate for me.

I am a 35-year-old mother of five, arrested in a neighbourhood raid after a serious theft. When we were all taken to court, I made a wrong plea due to my lack of education.

I made a wrong plea due to my lack of education

When I began my sentence, I decided to take up the opportunity of the literacy classes provided twice-weekly for the female inmates.

Like me, many of the other inmates were illiterate and had never been to school.

After a couple of months, I no longer had to mark documents with a thumbprint because I had learned how to sign my own name.

I loved these classes so much that the other women gave me the nickname “School Girl”.

Since my release from the correctional centre, I have built my own business which supports my family.

Because of my new skills, I am now the chairperson of the local market-women, and am able to keep all the financial records in order.

When I am not working in the market, I teach the children in my neighbourhood how to read and write using methods that I learned during my incarceration.

My education certificate proves to people that I can read, write and do mathematics. It is one of my proudest achievements.

I still needed assistance to write this story, but I know that what I want to tell you is what is written on the paper, which gives me a sense of control I never had before.

BBC 100 Women names 100 influential and inspirational women around the world every year. In 2017, we’re challenging them to tackle four of the biggest problems facing women today – the glass ceiling, female illiteracy, harassment in public spaces and sexism in sport.

With your help, they’ll be coming up with real-life solutions and we want you to get involved with your ideas. Find us on Facebook, Instagram and Twitter and use #100Women Haja Gbla works as a teacher in the prison service, helping women to access education, through the charities EducAid and AdvocAid. Like Miriam, she missed out on normal schooling as a child, but the charity gave her the opportunity to go back to class and finish her studies.

Running the literacy classes in prison gave me the opportunity to realise how fortunate those who do access education are and how completely disempowering it is to miss out on schooling.

I have had many proud moments watching women transformed by realising that they too can handle a pen, find their own name on a list, calculate their business profits or expenses, or read and enjoy a book.

It is especially exciting when the women are celebrated as they move up from one class to the next and they receive certificates and awards. 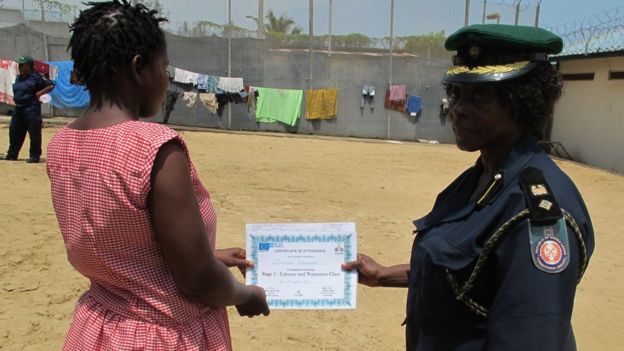 In my work both inside and outside of correctional centres, I am conscious of being a catalyst for women to find a way to realise their full potential.

Education is a wonderful tool to open windows and opportunities and transform a woman’s chances of controlling her own life.

Just as my own access to education through EducAid made it possible for me to live up to my potential to be an agent for change, I want to help as many other young women as I can to join the army of women that are needed if we are to see justice and equality for women in Sierra Leone and elsewhere.

Unfortunately, the current economic crisis in the aftermath of the recent Ebola epidemic has resulted in a vast reduction in the funding available to human rights organisations.

Because of this, the literacy classes have been put on hold for the first time in 10 years.

The ladies behind bars all want these classes to begin again, as they see them as an opportunity to improve their chances of a brighter future upon release. 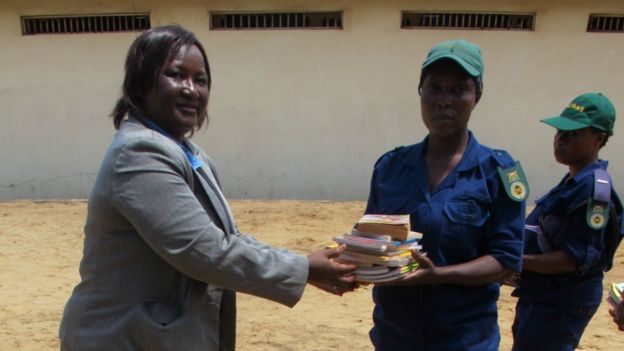 *Miriam’s name has been changed 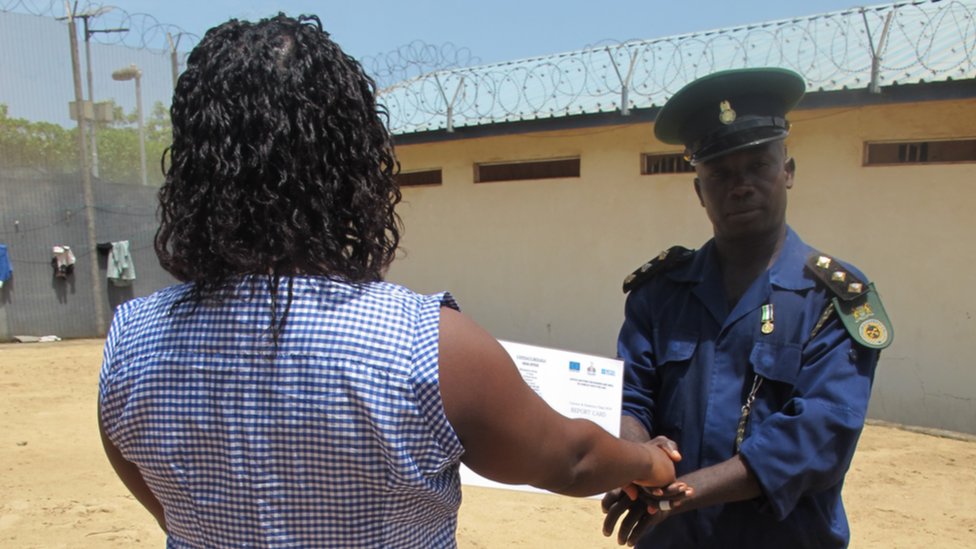