Diouf has made 99 appearances – scoring 19 goals – since arriving at Stoke from Bundesliga side Hannover in 2014.

“Another top-10 finish is the immediate ambition but we should be targeting an even higher finish and success in one of the cup competitions,” he said.

“It’s a long time since Stoke City won a trophy and I’d love to be part of the team that did so again. There’s no reason why we can’t win a cup.”

Although a proven forward, the Senegalese has been used in various positions by Stoke boss Mark Hughes.

This season, he has been filling an unfamiliar role as a full-back.

“I want to play as a striker but I’m a football player and will play wherever the manager asks me to and try and do my best,” said the former Manchester United player.

“I’ve been here for three years now and feel really part of the club. My family are settled as well and that’s really important to me.” 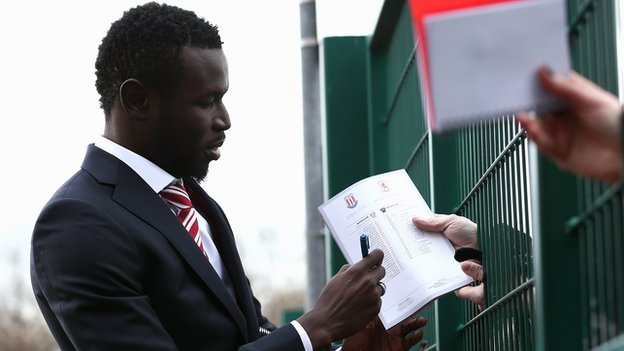