The prospect of losing the only copy of her master’s thesis during a robbery was just too much for one South African student to bear.

Noxolo Ntusi, 26, grappled with armed attackers to hold on to it during the incident in Johannesburg on Tuesday.

“There’s no way I will let them take it,” she told the BBC.

But she also said her actions were “not very smart” and advised others to give robbers what they ask for. “You can always write again,” she said.

Ms Ntusi, a medical scientist at the National Health Laboratory Service, had her molecular zoology master’s thesis on a hard drive when a car drew up beside her and two men jumped out, one brandishing a gun.

But while the attackers were able to take her lunch bag, Ms Ntusi refused to let go of the bag containing the hard drive.

“I was thinking about my masters. I’m almost done with what I’m writing, there’s no way I will let them take it,” she said.

“I was just pulling myself into a ball. They were trying to put me in the car, I think, but I made myself so heavy that they just gave up.”

During the attack, one of the robbers pressed a gun to her head and repeatedly threatened to shoot her.

But Ms Ntusi held on. Losing the thesis would have meant having to ask for an extension until next year, she said.

“I really want to finish so badly, I want to do it now. Nothing got in the way of that, but it was very dangerous,” she said.

Footage of the struggle was recorded on security cameras attached to nearby homes in the suburb of Auckland Park.

Ms Ntusi has since backed up her work and said she would not advise others to follow her example.

“You can always write again if you are worried about your work,” she said.

The robbers were later arrested and found to be in possession of a gas gun.

What item means so much that you would fight to keep it from armed robbers? Email haveyoursay@bbc.co.uk with your stories.

Please include a contact number if you are willing to speak to a BBC journalist. You can also contact us in the following ways: 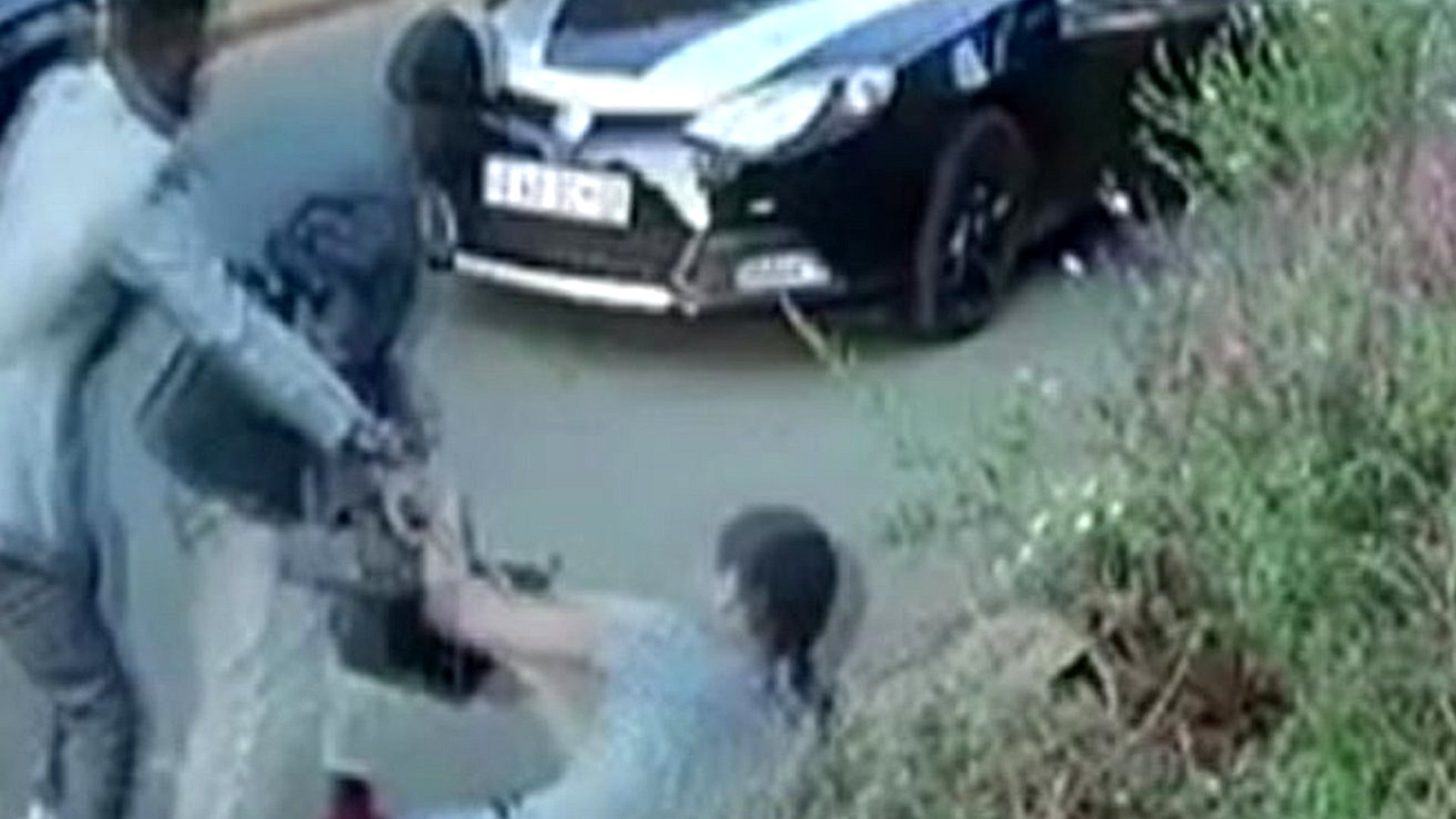