It will be good for South Africa’s governing African National Congress (ANC) to lose the 2019 election, ex-President Kgalema Motlanthe has said.

The party has become “associated” with corruption, and it has to lose for the “penny to drop”, he told the BBC.

Mr Motlanthe is a senior ANC member whose comments show growing disillusionment with the party.

The party has won each general election with more than 60% of the vote since white minority rule ended in 1994.

However, it lost some of South Africa’s main cities – including the commercial capital, Johannesburg – in local elections in 2014.

Voters were seen to have punished the party because of worsening corruption within its ranks.

He has been accused by the opposition and his ANC critics of being at the centre of a corrupt network in government, an allegation he denies.

In the interview with BBC Hardtalk, Mr Motlanthe said the electorate will vote out the ANC for as long as it is “associated with corruption and failure”.

“It would be good for the ANC itself and let me tell you why – because those elements who are in it for the largesse will quit it, will desert it and only then would the possibility arise for salvaging whatever is left of it,” Mr Motlanthe added.

He said the ANC could renew itself, but it would require “lots of courage and failing that it has to hit rock bottom”.

“It has to lose elections for the penny to drop,” Mr Motlanthe told Hardtalk.

Mr Motlanthe served as South Africa’s president between 2008 and 2009.

He was closely allied with Mr Zuma, but later fell out with him.

Mr Zuma is due to step down as ANC leader in December and as president in 2019.

He is backing his ex-wife and former African Union commission chairwoman, Nkosazana Dlamini-Zuma, to succeed him.

The Guptas and their links to Zuma

How Zuma’s Nkandla home has grown 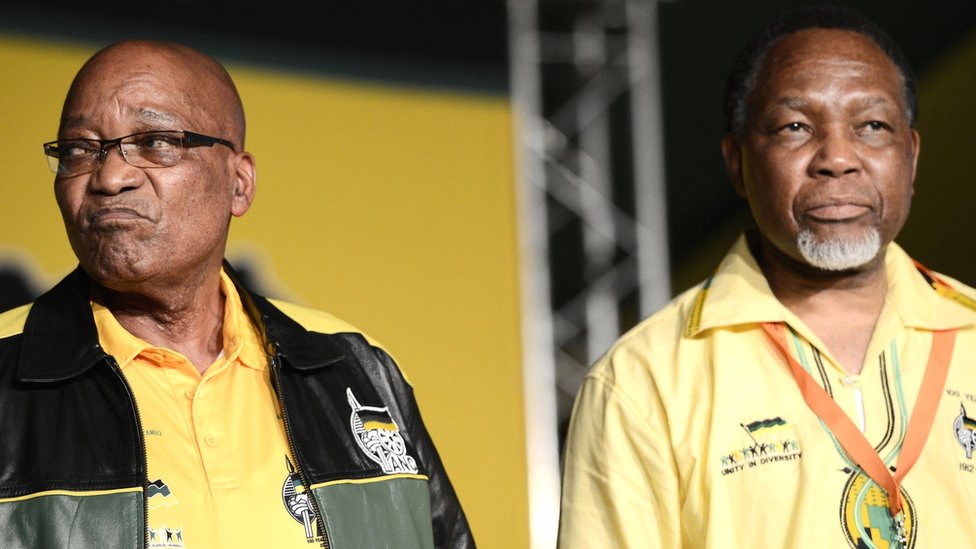