In our series of letters from African writers, Ghanaian journalist and former government minister Elizabeth Ohene reflects on how London has changed and how it compares to Accra.

On a short visit to London, I have been looking at the city with a fresh eye.

For 19 years, the UK capital was what I called home. It was kind to me when I arrived here suddenly, uninvited, and I learned to love it.

There were certain idiosyncrasies that I confess I never got used to, but London grew on me.

I went back to Ghana 17 years ago and during that period I have visited London quite regularly.

This time around, I have returned after more than a year and this may explain why I am noticing certain things I might not otherwise have done.

There seems to be so many people smoking on the streets and on doorsteps. If I were a new reporter in town I might have named it: London, the smoking city.

I reminded myself that anti-smoking laws have been tightened and the smokers are obviously having a hard time.

In Ghana’s capital Accra, smoking of cigarettes has simply lost its appeal. You could be on the streets of Accra all day and not see a single person smoking, apart from obvious “tourist types”.

“Coconut water is the latest fad in town. Apparently, London has overtaken New York and Los Angeles as the largest coconut drinking city in the whole wide world”

London streets are narrow, they have always been, but they look even narrower and I wondered how I drove in this city and on the wrong side as well.

On the narrow streets, they have managed to carve out cycling lanes. I simply marvel at how the London bus drivers navigate their way through the city.

I came upon a funeral cortege in north London, the procession consisted of probably 15 people, apart from the professional pallbearers.

In Ghana, funeral corteges are made up of hundreds of people. Yes, yes, some of the things I never got used to like the quiet understated funerals.

I have been in despair about our loud, and extravagant funerals and here I am, thinking it is worth mentioning that a funeral cortege had 15 people in it.

I went to what used to be my local supermarket in north London and there on the shelves were Star and Gulder beers and Guinness and Malta Guinness.

I took a second look and noticed they were imported from Nigeria. The Nigerian population in town must be more powerful economically than I had thought.

The natives themselves have discovered coconut in a big way. Coconut water is the latest fad in town.

Apparently, London has overtaken New York and Los Angeles as the largest coconut drinking city in the world, and the UK comes third after the US and Brazil.

It is being sold here as having truly magical powers, as a cure for hangover and as a diet aid.

Drinks purporting to be coconut seem to be available everywhere and people are prepared to pay very fancy prices for them.

Even though I have never been entrepreneurial in outlook, I suddenly had images of exporting planeloads of truly fresh coconuts from Ghana to London.

This, after all, is the city that took me in when I needed sanctuary.

I had left Ghana in a hurry when an announcement came on the radio that I should report to a military barracks.

Yes, those were the days of coups and military rule in Ghana; but that is an old story. These days, we are a shining example of a stable democracy on the continent.

All the same, I shall never forget the place that gave me sanctuary, and I feel the least I can do is provide Londoners with real coconut water because much of what is being drunk here cannot qualify for it.

In most street corners in Ghana, you can find the real thing and it is cut open for you whilst you wait.

Then there is what the UK is in the headlines for these days: Brexit. Journalists and politicians are fixated about it.

The old arguments about the UK’s place in Europe that had contributed to the undoing of two Conservative prime ministers during my time, Margaret Thatcher and John Major, had finally done it for David Cameron.

Last year, the UK voted to leave the European Union and I get the impression that it is a case of needing to be careful what you pray for, as you might just get it.

I tried to listen to some of the endless discussions on Brexit and I confess I could not understand them and I gave up.

I decided to concentrate on the gardens, parks and pavements that make London a truly attractive city.

Workmen are digging up the streets again and the water company explains that they are lining the water pipes to prevent future leaks.

I saw a notice on a lamp post that said the council had received a planning application from someone who wanted to build a porch and if those on the street had opinions or objections, they were invited to a hearing.

A 14-storey apartment building is currently going up next door to my home in Accra. There had been no information from the city authorities that something so dramatic and life-changing was going to take place on my street.

Then there is the icing on the cake: The ease of walking and taking buses and trains in London.

It all made me realise that I had almost forgotten the things I had grown to love and which makes London a place to come back to over and over again. 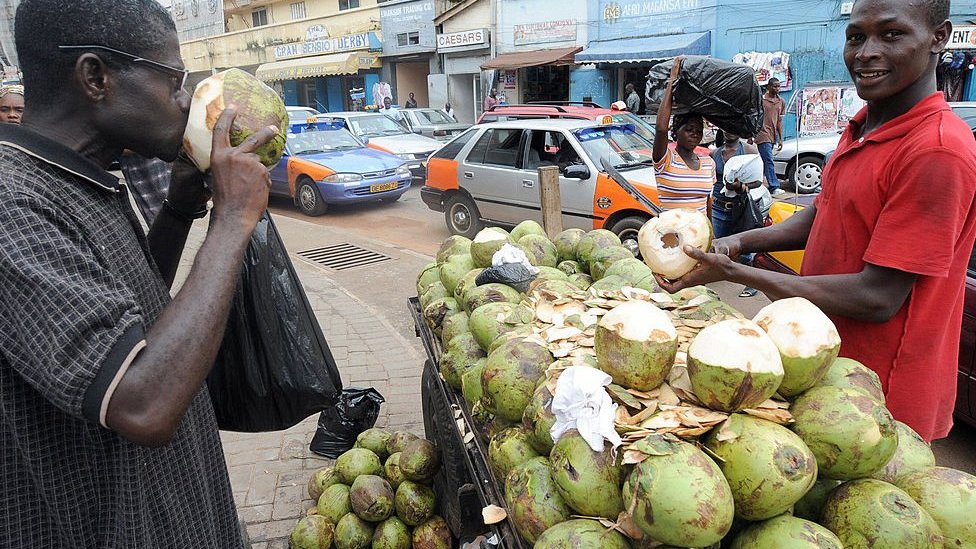