Opposition MPs in Kenya have boycotted the opening of the new parliament to protest against President Uhuru Kenyatta’s decision to address it after a court annulled his election win.

They say that parliament should not have been convened until after the election re-run slated for 17 October.

The MPs instead joined opposition leader Raila Odinga for a campaign rally in the capital, Nairobi.

Mr Kenyatta said he still had the power to convene parliament.

“The set term of a president is embedded until a new one is sworn in as per the constitution,” he told lawmakers.

“I want to assure every Kenyan and the world that every arm of government is in place and operational,” he added.

Mr Kenyatta was declared winner of the 8 August poll, garnering 54% of the vote against Mr Odinga’s 44%.

Mr Kenyatta had dared opposition MPs to skip the opening of parliament saying that his Jubilee Party had enough MPs to carry on with parliament’s activities.

Only one MP from the opposition was present, according to Kenya’s privately-owned Star newspaper.

The Standard publication reports that Supreme Court judges, who traditionally attend the official opening of parliament, were absent.

Chief Justice David Maraga’s office however told the BBC that the judges had not been invited.

The judges are expected to make public their written judgment explaining why they annulled Mr Kenyatta’s win before the end of next week.

A majority of the six judges who listened to the election petition ruled that there had been some “irregularities and illegalities” in the election.

Mr Kenyatta, who has been critical of the judges, said in his parliamentary speech that their decision had overturned the voters’ will.

He also repeated his strong disapproval of the ruling but said he respects it.

He said that he had a track record of respecting the justice system: “I have previously demonstrated this before, when I conceded defeat in 2002 and heeded summons from an international court [ICC ] when I knew I was facing trumped up charges.”

His initial reaction to the 1 September ruling was however scathing, with him calling the Chief Justice and his five colleagues ” thugs” and promising to “fix” the court after the re-run election.

He was widely condemned for the comments but he has maintained that he has a right to criticise the court.

Meanwhile, Mr Odinga repeated his threat to boycott the election re-run unless some officials of the Independent Electoral and Boundaries Commission ( IEBC), which is in charge of elections, are fired.

He accuses them of deliberately interfering with the electoral systems to favour Mr Kenyatta.

IEBC chairman Wafula Chebukati told a press briefing on Tuesday that the commission was reviewing its structures to ensure that it is ready for the re-run election. 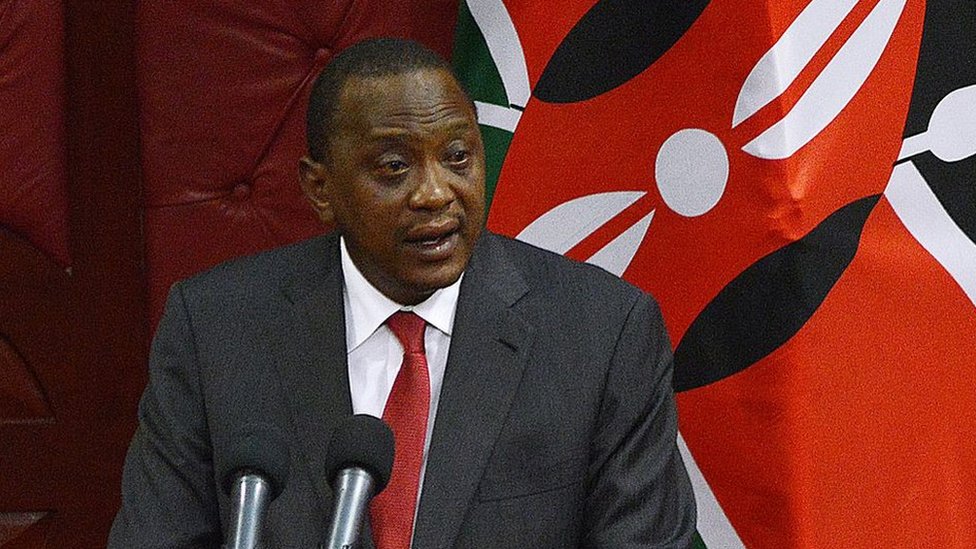