Petra Diamonds shares have fallen 7% after it said a parcel of its diamonds mined in Tanzania had been blocked from export by the country’s government.

Several of its employees are being questioned by the country’s authorities, although Petra says it has not formally been told the reasons why.

Petra has also suspended operations at one of its mines in Tanzania.

Petra’s operations in the country are 25%-owned by Tanzania’s government.

The diamonds were on their way to Antwerp in Belgium, one of the most important cities in the global diamond trade.

Tanzania says the value of the shipment, from the Williamson mine, was $29.5m (£22.4m), and that Petra had under-declared its value.

The government said at the weekend it planned to nationalise the diamonds.

Petra says it is not responsible for the provisional valuation of diamond parcels from Williamson before they are exported. It says this is carried out by the government’s diamonds and gemstones valuation agency.

The company has suspended operations at the mine, for “health and safety and security reasons”.

Petra said it conducted all operations related to the Williamson mine in a “transparent manner”.

In a statement, the company said: “Petra confirms that a parcel of diamonds (71,654.45 carats) from the Williamson mine in Tanzania has been blocked from export to Petra’s marketing office in Antwerp and certain key personnel from Williamson are currently being questioned by the authorities.

“However the grounds upon which these actions have been taken have not been formally made known to the Company as yet.”

It added it would provide an update “in due course”.

Gold miner Acacia has also fallen foul of the Tanzanian authorities. Earlier in the summer, it was hit with a tax bill for $190bn after government-appointed committees said it was operating illegally and had understated its gold exports.

Last week, Acacia said it was scaling back operations in Tanzania.

Mining accounts for about 4% of the south-east African country’s economy. 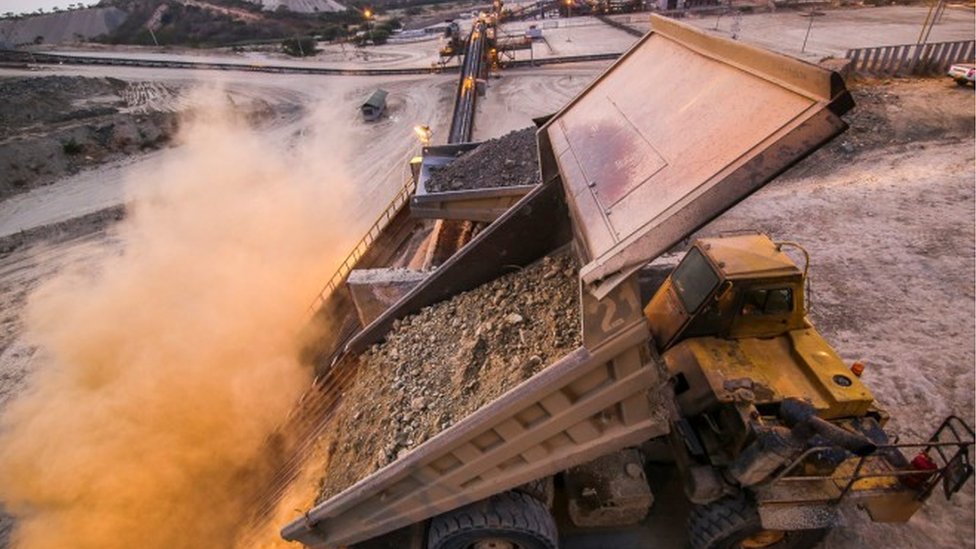