Bell Pottinger’s Middle Eastern arm is in talks with its London parent to separate amid reports the public relations firm is nearing collapse.

“We’re in discussions and have submitted a proposal to head office,” the unit’s head Archie Berens, said.

The PR firm was expelled from the UK trade body after being accused of inciting racial hatred in South Africa.

Reports suggest the group could go into administration on Monday, but Mr Berens said “nothing official had been said”.

“As a separate legal entity Bell Pottinger Middle East (BPME) is not part of these proceedings and is therefore in a position to determine its own destiny,” the division said in a statement.

The division totals 24 people across Abu Dhabi and Dubai.

The unit also said it had had no involvement in the firm’s controversial campaign for South African firm Oakbay Capital, owned by the wealthy Gupta family, which was accused of inciting racial hatred.

“Indeed, BPME’s UAE directors actually rejected the opportunity to work on the account,” the statement added.

Bell Pottinger’s Asian unit has already said it will separate from its British parent and will begin trading under a new name “in the coming days”.

The campaign emphasised the power of white-owned businesses in South Africa and used the #WhiteMonopolyCapital hashtag.

The company was ejected from the UK public relations trade body for its work on the controversial contract and chief executive James Henderson has resigned over the scandal.

The firm has said that it has put itself up for sale and accountancy firm BDO has been appointed to look at options for the business.

A string of big names have already cut ties with the company since it was expelled from the Public Relations and Communications Association including luxury goods company Richemont, Investec investment company and HSBC.

Lord Bell, who founded the company in the 1990s, resigned last year, partly due to his unease with the company’s deal with the Guptas.

When asked on BBC2’s Newsnight if he thought the PR company would survive the scandal, he replied: “I think it is probably getting near the end.” 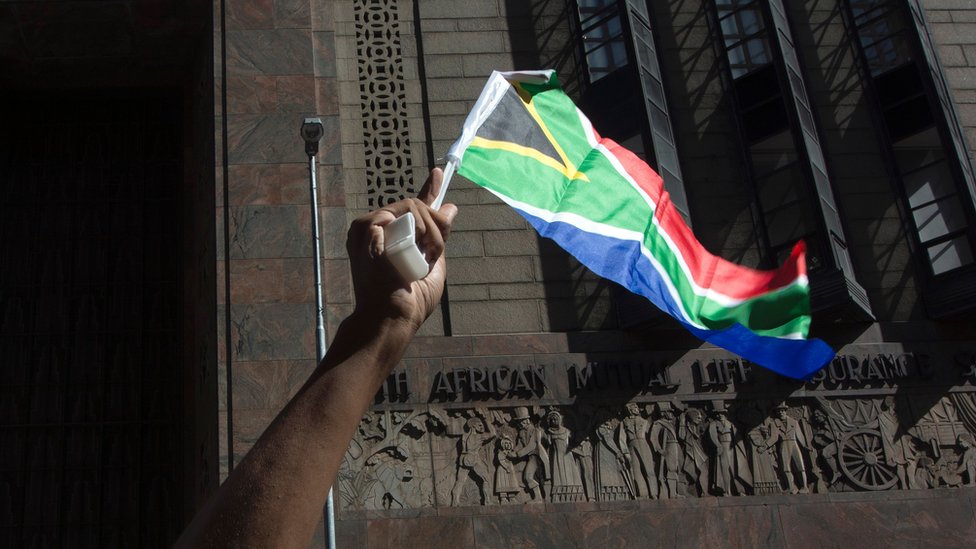