News Now
Home›News Now›Jurgen Klopp: Liverpool boss says Sadio Mane should not have been sent off

Jurgen Klopp: Liverpool boss says Sadio Mane should not have been sent off

Liverpool manager Jurgen Klopp said neither he nor Manchester City counterpart Pep Guardiola thought Sadio Mane should have been sent off in the Reds’ 5-0 defeat at Etihad Stadium.

Senegal forward Mane was dismissed on 37 minutes after his high foot collided with the face of City keeper Ederson.

“I was outside with Pep and we both didn’t think it’s a red card,” Klopp told BBC Sport.

Guardiola said Mane’s challenge “was not intentional” but the Spaniard himself refused to be drawn on whether or not the Liverpool player should have been sent off.

Instead, he compared it City right-back Kyle Walker’s recent dismissal for a second yellow card after catching Everton forward Dominic Calvert-Lewin in the face.

“I can’t think Mane is the sort of player to make a hard action against the goalkeeper’s face,” said Guardiola.

“He follows the ball and after that he found the action is dangerous – but I’m pretty sure it was not a red card for Walker against Everton.”

Klopp added Mane “didn’t see” the onrushing Ederson as he was focusing on the ball and their “unlucky” collision was “an accident.”

“I’m sure enough people will find a reason to say it’s 100% a red card,” said the German. “Sadio is very, very upset. He was shocked about the situation.

Brazilian Ederson later posted a photo on social media of himself making a thumbs up gesture, with a dressing covering a cut on the right side of his face.

“He’s not broken the bone we think and that is so important,” said Guardiola.

“I don’t think he will be more beautiful after that but hopefully he can come back soon.”

‘City shouldn’t take too much confidence from this’

Both managers warned against reading too much into one title favourite thrashing another, with the match in the balance – despite Sergio Aguero’s opener – before Mane’s sending off.

He added Mane’s red card was a “game-changer” but that even with his side down to 10 men and losing 2-0 at half-time he still “couldn’t believe we had no chance anymore.”

“I thought there was something to come but then the second half was not the biggest joy for any Liverpool fan and we say sorry for that,” he said.

Guardiola said the game was “tight” and “equal” before Mane’s dismissal.

“After the red card it was different – I know it’s not easy to play against 10, it’s easier but not easy,” he said.

“But we controlled the game and the second goal before half-time was so important.” 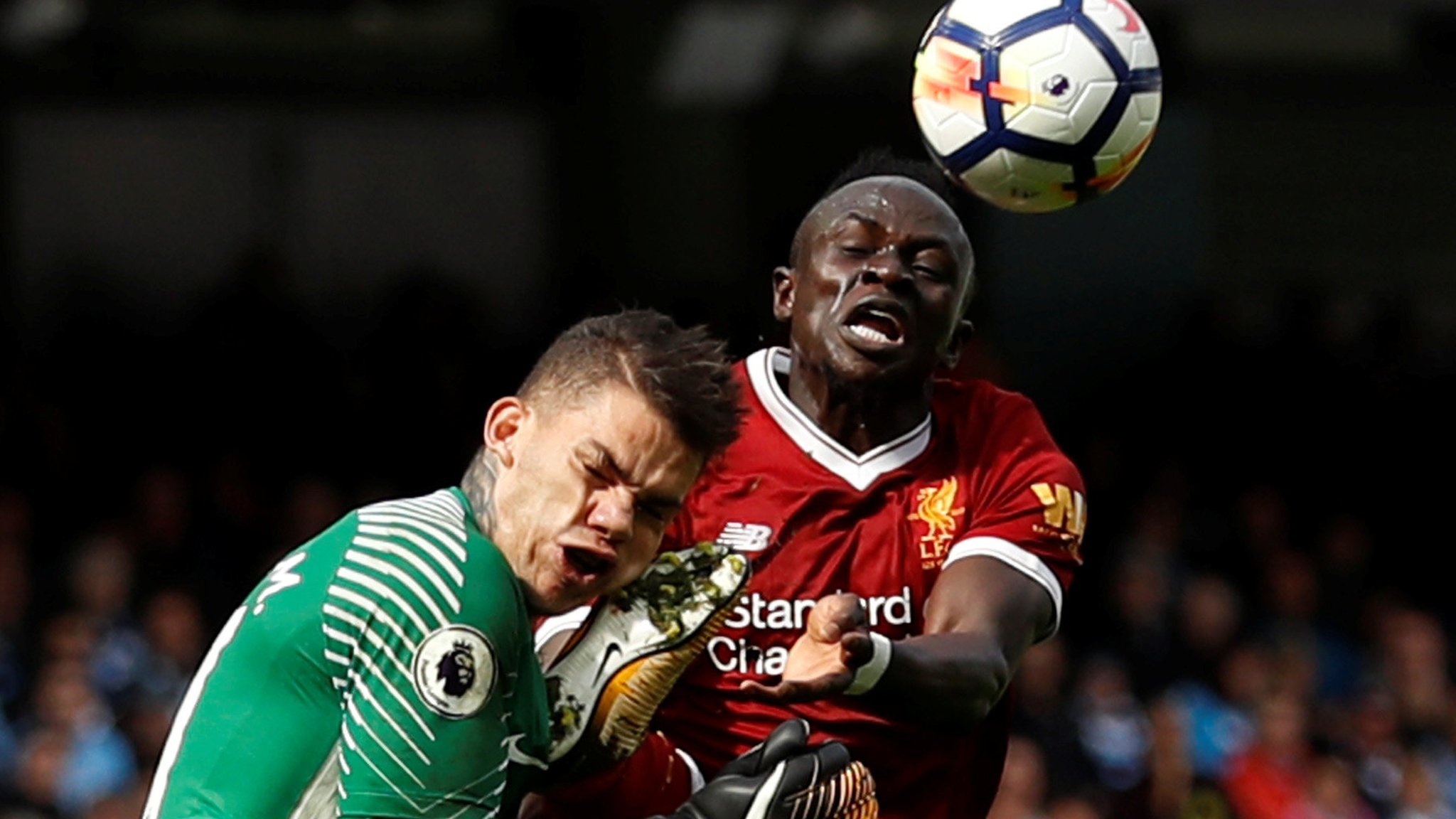