Kevin Anderson fought back to beat Pablo Carreno Busta at the US Open and become South Africa’s first Grand Slam singles finalist in more than 30 years.

At 32 in the world he is the lowest-ranked men’s singles finalist at the US Open since the rankings began in 1973.

Anderson climbed into the box to celebrate with his family and team after clinching match point.

“I don’t know if the team hug was appropriate after the semi-finals, but it felt like the right thing to do,” he said.

Anderson follows in the footsteps of Kevin Curren, who reached the 1985 Wimbledon final three months after becoming a naturalised US citizen, and Johan Kriek, who made the US Open final in 1980.

Both men were playing in their first Grand Slam semi-final after coming through a bottom half of the draw that provided an opportunity as soon as second seed Andy Murray succumbed to injury on the eve of the tournament.

The likes of fourth seed Alexander Zverev, seventh seed Grigor Dimitrov and eighth seed Jo-Wilfried Tsonga then went out in the early rounds.

“These Grand Slams are tough, we are playing with some of the best players in history and it is nice that they gave us a run,” said the South African.

“It was an unbelievably tough match on one of the biggest stages in tennis. My emotion at the end kind of summed it up.”

It was Carreno Busta who settled into the final quicker, breaking the huge Anderson serve in game seven on his way to the first set.

It looked as though the Spaniard might prevail when he responded to finally losing serve midway through the second set by hitting straight back, thanks to a forehand winner arrowed down the line.

The 6ft 8in Anderson needed some inspiration and he found it with a backhand cross-court winner that brought him level at one set all.

Find out how to get into tennis in our special guide.

It was now the South African making all the running, earning six break points in the third set, albeit needing a Carreno Busta double fault to get over the line.

A 20th ace sealed the set and when Carreno Busta steered a forehand into the tramlines to fall a break down in the fourth, it just left Anderson to serve his way into the final.

There was a tense final game to negotiate but a Carreno Busta forehand hit the net, sending Anderson up into the stands on a victory lap. 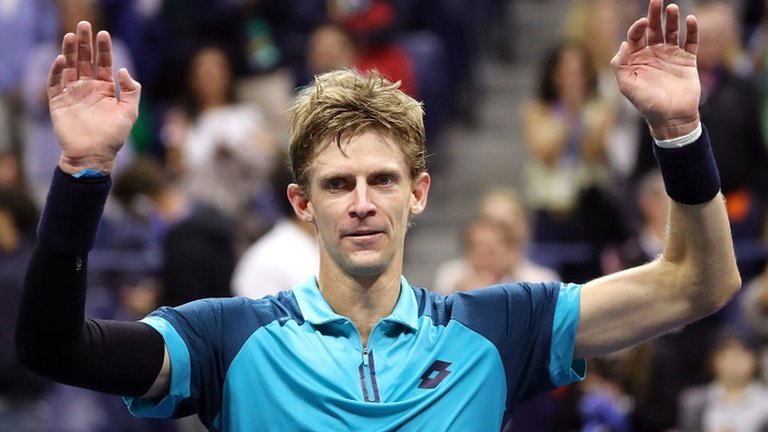 Myanmar: Who are the Rohingya Muslims?