Giresse steps down as Mali coach

Frenchman Alain Giresse has resigned as coach of Mali, who prop up their World Cup qualifying group.

The Frenchman’s decision came five days after his team was thumped 6-0 in Morocco, and a day after a goalless draw against the same opponents.

“It has become complicated for me,” the 65-year-old told the Confederation of African Football website, cafonline.com, on Wednesday.

“There are times when you must know how to stop.”

Mali lie bottom of Group C of African World Cup qualifying, with their four games producing two points, one goal and no victories.

Ivory Coast lead the group with seven points, one more than Morocco while Gabon have five.

The Eagles, who have failed to score in their last three qualifiers, have won just once in seven matches this year, when beating the Gabonese 2-1 in a 2019 Africa Cup of Nations qualifier in June.

The West Africans failed to win a game at this year’s Nations Cup, where they exited in the group stage after registering draws against Egypt and Uganda.

The former France international, who led Mali to third place at the 2012 Nations Cup during a previous spell, was re-appointed to the post in March 2015. 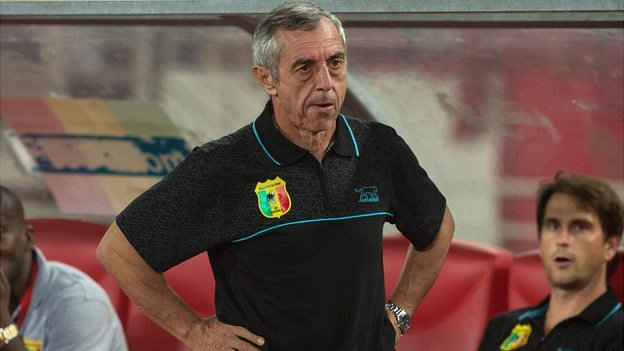