Its new report alleges the interior ministry has developed an “assembly line” of abuse to collect information and prepare often fabricated cases.

Officers beat suspects and use electrical shocks and stress positions with “almost total impunity”, it says.

The government has denied allegations of widespread and systematic torture.

It has blamed abuses on individuals and said they are held accountable.

The 63-page report released by Human Rights Watch on Wednesday says Mr Sisi, who led the military’s overthrow of President Mohammed Morsi in 2013 following protests against his rule, is pursuing political stability “at any cost”.

The alleged abuses, it concludes, probably amount to a crime against humanity.

In the past four years, more than 1,000 protesters have been killed in clashes with security forces, at least 60,000 people are reported to have been arrested or charged, hundreds have been handed preliminary death sentences, and hundreds more have gone missing in apparent forced disappearances.

Most of them have been supporters of Morsi’s Islamist movement, the Muslim Brotherhood, but liberal and secular opposition activists have also been targeted.

HRW researchers interviewed 19 former detainees and the family of a 20th detainee who said they were tortured between 2014 and 2016, as well as Egyptian defence and human rights lawyers.

The former detainees alleged that the torture sessions began with security officers using electric shocks on a blindfolded, stripped, and handcuffed suspect while slapping and punching them or beating them with sticks and metal bars.

If the suspect failed to give the officers the answers they wanted, the officers increased the power and duration of the electric shocks and almost always shocked the suspect’s genitals, they said.

Officers would then hold detainees in two types of stress positions for hours at a time and continue to beat, electrocute and interrogate them, they added.

A 29-year-old accountant, who was given the pseudonym “Khaled”, told HRW that he was tortured for almost six days in Alexandria in 2015. Officers forced him to read a prepared confession, which they filmed, stating that he had burned police cars on the orders of the Brotherhood, he said.

“Khaled” alleged that when he told a prosecutor that he had been tortured, the prosecutor replied that it was none of his business and ordered him to restate the confession or face further abuse.

“You’re at their mercy – ‘Whatever we say, you’re gonna do’. They electrocuted me in my head, testicles, under my armpits. They used to heat water and throw it on you. Every time I lost consciousness, they would throw it on me,” he said.

Another former detainee alleged that police “repeatedly raped” him with a stick.

HRW said prosecutors had officially investigated at least 40 torture cases since 2013, but that they represented a “fraction of the hundreds of allegations made”. In only six cases were guilty verdicts won against interior ministry officers, all of which remain on appeal.

“President Sisi has effectively given police and National Security officers a green light to use torture whenever they please,” said Joe Stork, HRW’s deputy Middle East director. “Impunity for the systematic use of torture has left citizens with no hope for justice.” 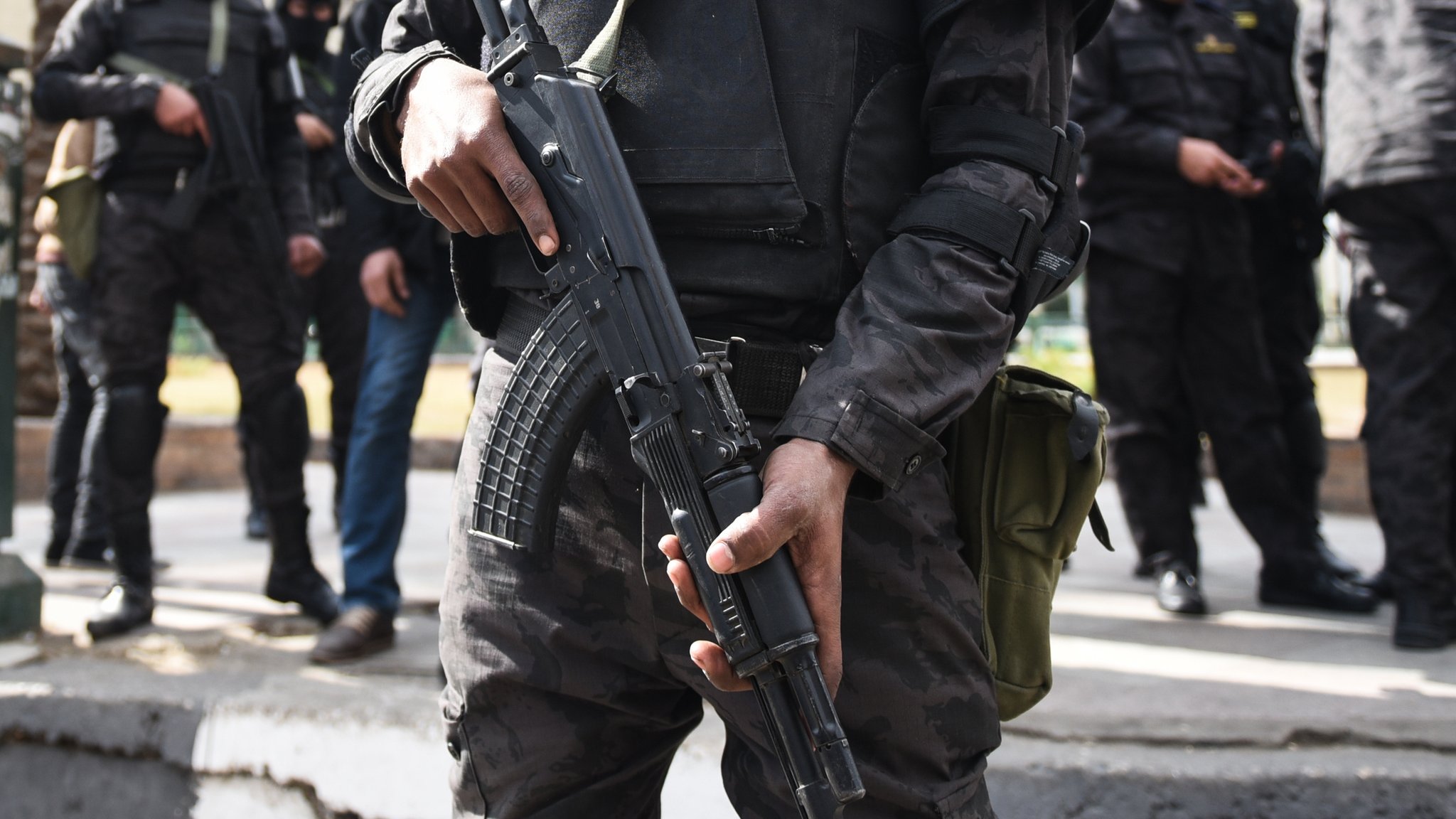 US apologises for ‘offensive’ leaflets in Parwan